Human beings are amazing and, as God’s image here on earth, not only bear a resemblance to the divine but, in some very imperfect way, show who he is and what he is like. We marvel in particular at the feats our Mahafaly friends are able to accomplish as we see God’s strength wrought in them.

The Mahafaly met recently for their bi-monthly leadership pow-wow. This meeting was in the furthest out village and was the first time all leaders attended without us driving them. By the time we drove up (I and a national pastor), two men had arrived after setting out on foot at midnight 60K away and arriving in time for lunch 12 hours later. That night, more leaders (with youth group in-tow) arrived, walking from 4 hours away. The next group got there that morning after biking 4 hours. More and more came in with over a hundred people meeting for 2 days–all walking or biking themselves to get there.

This meeting was 90% Mahafaly. We were there for support and as an encouraging presence. But we sat and watched as the Mahafaly led the reception of guests, led the discussions, led the teaching, and then led the decision making for the next meeting. The combination of their effort to make it to the meeting and their desire to take responsibility for the meeting is to their glory. I told them this is a weighty thing for them, an important event that shows God’s glory in their lives.

All the while, this meeting is being held in the village of Andremba, so far off the beaten path that they had to labor meticulously to remove rocks and create a road for the oxcarts and cars. Let me rephrase that, the Christian women labored to create a road out of the rocks. Andremba’s church has three older, respected men, several young men, and the rest are women. It was these women who’s strength built a road out of the rocks. 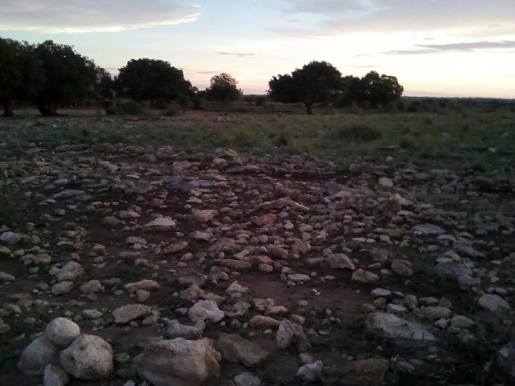 Behold, the glory of God in man. These people give their all to meet together and learn about their God. They serve him not just with their praise but with poured out sweat and physical labor. It is really glorious to see what God is capable of and, in turn, what people are capable of when divinely inspired. We see his strength in their strength, his glory in their steps toward independence.

3 thoughts on “The glory of God in man”